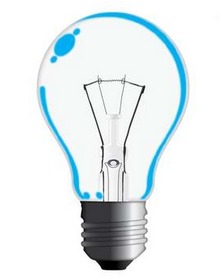 China has become the world's largest producer of energy-saving lamps, but domestic recycling equipment is facing a large number of idle.

Since 2008, the state has promoted the use of energy-saving lamps on a large scale through fiscal subsidies to achieve "energy saving and emission reduction." After a few years, the penetration rate of energy-saving lamps has indeed increased significantly, but one problem has arisen as a result of recycling. Some experts pointed out that although energy-saving lamps have the advantage of saving energy, if they are recycled improperly, their internal heavy metals can also cause environmental pollution.

Reporters visited found that compared to the promotion of energy-saving lamps, the construction of the recycling industry chain lags behind, and most of the processing capacity of large-scale recycling companies is idle. How to recycle and how to deal with companies is an urgent problem to be solved.

Industry insiders have appealed that if the recycling mechanism is not perfected as soon as possible, â€œenvironmentally friendly productsâ€ that have been popularized for millions of households for energy saving and emission reduction may become serious environmental issues.

Promotion and subsidy every year The current situation is that the government and companies have spared no effort to promote and sell energy-saving lamp products, and have achieved good results, but they can not match with the promotion efforts in terms of recycling.

A member of the Guangdong Provincial Energy Conservation Association, Qiu Xing, revealed that the National Development and Reform Commission and the Ministry of Finance will issue â€œhigh-efficiency lighting products (energy-saving lamps) promotionâ€ documents to governments across the country each year, requesting the promotion of energy-saving lamps and specifying the amount of tasks.

According to the â€œGuangdong Provincial High-Efficiency Lighting Product Promotion Implementation Plan for 2012â€ and the 2012 National Development and Reform Commission and the Ministry of Financeâ€™s circular on the promotion of energy-saving lamps, according to the official website of the Guangdong Economic and Credit Commission, it is planned to promote energy-saving lamps 1.5 in the country in 2012. More than 100 million, of which Guangdong Province, the promotion of efficient lighting products for the task of 5 million, to promote the subsidies for residential users 50%, 30% of large consumer subsidies, subsidies are very strong.

However, most of the 4699 words in this article are promoted, and only 162 words refer to recycling of waste lamps. They indicate that they should give certain incentives and rewards to relevant responsible parties, and establish recycling points, recycling sites, and collection and collection facilities. The center's three-level Recycling System will send the energy-saving lamps back to designated processing points and entrust them with qualified companies to handle them.

Compared with detailed promotion clauses, there are no specific details on supervision and practice in terms of recycling.

For companies, the sales of energy-saving lamps have always been good. Many large-scale energy-saving lamp manufacturers have told reporters that the current market prospects are still very good, sales are not a problem, naturally will spare no effort to produce.

Even with the minimum output of 1 billion energy-saving lamps, the annual domestic demand has reached 330 million. However, such a large amount of usage brings a problem. How can these energy-saving lamps be disposed after they are scrapped?

The impact of discarded energy-saving lamps on the environment is mainly reflected in the heavy metal mercury they contain.

According to Yu Anqi, director of the Shanghai Institute of Illumination, it is too exaggerated to circulate online an energy-saving lamp that can pollute 180 tons of water. He introduced that the 180 tons of water that can be contaminated is only established in the era of "liquid mercury" in the production of energy-saving lamps. The vast majority of manufacturers currently use solid-state mercury, and only a few enterprises use liquid mercury. Solid mercury does not substantially overflow mercury during the production of energy-saving lamps and at normal temperature and pressure.

"Solid-solid mercury" is not easy to cause harm to the human body as long as it does not volatilize. However, when volatilization overflows passively and the plant absorbs, mercury will accumulate in animals and plants, forming a concentration that is 10 to several times higher than the surrounding environment. Then through the food chain into the body and cause harm. There is also mercury in coal in nature, and the amount of mercury volatilization in thermal coal-fired power plants is also very high.

Small pollution does not mean no pollution. Yu Anqi said that the current problem is that if many of the energy-saving lamps are discarded and concentrated in one place will inevitably cause pollution, human activities are often concentrated in a certain area, which will result in particularly high levels of mercury in local areas. Therefore, Yu Anqi believes that the country particularly needs to establish a corresponding "paid" recovery mechanism, recycling waste energy-saving lamps.

Recycling is difficult to send small gifts to residents According to a rough calculation, due to the lack of a complete and comprehensive recovery mechanism, the accumulated energy-saving lamps in the past five years have at least 1.65 billion, but the energy-saving lamp recycling work has been faltering.

It is worth noting that the successful bidder for the promotion of energy-saving lamps in Guangdong Province was required to have a recycling mechanism, but when reporters dialed the relevant contact phone and asked for an on-site visit to â€œenergy-saving lamp recyclingâ€, 3 of the 5 winning companies were required. The family refused to be interviewed.

In order to find a recycling company, the reporter once dialed the Guangdong Lighting Association's telephone number, which was fruitless. Philips Lighting, Op Lighting, and Lighting on the Products responded to the status of energy-saving lamp recycling through service calls. Only Op Lighting installed â€œmore than 600 recycling pointsâ€ at the entrance to the community and the bus station in Shanghai. No other companies have energy-saving lamps. Recycling service.

Even for those companies that have already done waste recycling of energy-saving lamps, recycling is a problem.

Op lighting recruits university student volunteers and enters the community to promote the concept of recycling. In addition, the placement of dedicated energy-saving light recovery points within the community and the establishment of a unified recycling mechanism require huge human and financial resources. According to the information provided by Optech to the newspaper, the company found through practice that it was â€œvery difficultâ€ to put the used energy-saving lamp recycling box into the community alone. Ultimately, it had to reach a joint public service platform for renewable resources in Shanghai to achieve this.

Xiamen Topstar is a domestic company with strong lamp recycling capacity. Its affair commissioner Chen Fanwu told the reporter that since 2008, Topstar has introduced the MRT waste lamp recycling system from Sweden. The system is still in the country. The waste lamp recycling field is at the forefront. The system undergoes pretreatment processes such as crushing and screening, and separates and recovers mercury, glass, fluorescent powder and other wastes through a shunt. At that time, Topstar purchased a total of two sets of recycling systems worth 26 million yuan. Its original intention was to â€œeat upâ€ the entire waste lamp in Fujian, but the facts were not satisfactory.

According to Chen Fanwu, Tongshida produced about 100 lamps and scrapped about 5 cigarettes. In 1 year, there were about 220 tons of eliminated lamps. After the introduction of MRT equipment, it mainly â€œdigestedâ€ the companyâ€™s scrapped products. In front of two sets of MRT systems with an annual processing capacity of 3,600 tons, the number of 220 tons is only for â€œpediatricsâ€.

"Opening a system and opening one hour in the morning and one in the afternoon will be enough to handle the elimination of the company's internal elimination lamps." Chen Xiaowu said.

In order to make full use of the remaining capacity of MRT, Topstar has a lot of brains.

In August last year, Topstar obtained a hazardous waste business license and began to â€œeat foodâ€. Since then, Tongstar has successively signed contracts with other lighting manufacturers to deal with the â€œleftoverâ€ of their production processes. The downlights, including energy-saving lamps, will not be returned to the company because they have accumulated more than one year of obsolescence. Therefore, Topstarâ€™s MRT is still not fully operational.

The company's elimination products can be dealt with in a centralized manner. What about the residents' waste lamps?

Chen Fanwu said that civilian energy-saving lamp waste is too fragmented, recycling requires huge human resources, large-scale disposal of used products will in turn bring huge equipment operating costs, at this level, only the government can take the lead, companies can not.