Tesla held a press conference in Hawthorne, California, on the morning of 10th Beijing time to release the new model Model P85D. Tesla CEO Musk said that the ModelS P85D can be driven automatically. The car is equipped with an automatic driving system, equipped with radar and camera, automatic identification of road signs and pedestrians, automatic highway driving and automatic follow-up of traffic jams.

Industry analysts believe that the technology giant Tesla's layout in driverless technology shows that the automotive industry has become an important part of global innovation.

Internet of vehicles and smart cars will bring investment opportunities, and a series of companies in the industry chain such as hardware providers, content and service providers will benefit from it, which may bring several times or even dozens of increments to related companies.

Tesla held a press conference in California on the morning of the 10th Beijing time. Tesla released three new models at the launch: ModelS 60D, 85D, P85D, of which the top-end P85D will be launched at the end of the year, and the first two models will be launched in February next year. It is worth noting that the P85D is equipped with a full four-wheel drive dual motor. 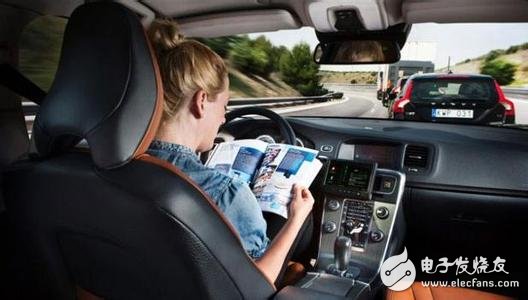 Additional sensors are added to the front of the new car to enable automatic parking, highway â€œunmanned drivingâ€ and automatic follow-up during traffic jams. The layout of technology giants in driverless technology shows that the automotive industry has become an important part of global innovation, and the Internet of Vehicles has begun to receive more attention.

The so-called car networking is one of the specific applications and performances of the Internet of Things. It refers to the use of RFID, GPS, mobile communication and wireless network access technologies and network service support technologies through various information sensing devices to realize people, vehicles, The intelligent cooperation between the road and the environment realizes the extraction and utilization of the direction, attribute information and static and dynamic information of all vehicles on the information network platform and provides comprehensive services.

With the development of the Internet of Vehicles, in the near future, it will be possible to process documents and even control housework in the car. Through these increasingly intelligent services, the Internet of Vehicles has profoundly changed people's transportation life. Many companies are now making continuous efforts toward highly intelligent goals, such as OnStar's real-time traffic advisory service on the car, Toyota G-Book providing traffic navigation and roadside assistance. And the three major domestic Internet giants have now entered the field of "car networking."

The Internet of Vehicles will also lead to changes in the automotive industry, which will lead to major changes in the modes of production, supply, sales and after-sales of auto companies. For example, raw materials, equipment procurement, product sales and personnel recruitment will gradually become "O2O mode", internal management methods will be gradually streamlined, informationized, and automated, and more and more traditional automotive business models will be more E-commerce is replaced.

With the development of automotive intelligence, the surrounding industries related to the automotive industry will also take advantage of the trend. Vehicle operation monitoring, vehicle fault diagnosis services, and vehicle tracking systems will all be springing up in the near future. The best example we can see today is the initial formation of the automotive O2O business model, which has led to the development of numerous value-added services online and offline. In the future car operation, the boundaries between online and offline will gradually disappear with the development of the Internet of Vehicles.

The Internet of Vehicles will effectively drive a new huge industrial chain, and the promotion and popularization of the Internet of Vehicles will have a strong pulling effect on GDP. At present, the penetration rate of domestic car networking has increased from 4% in 2010 to 6% in 2013. It is expected to further grow to 7.5% in 2014. According to the calculation of 126.7 million vehicles in 2013, the next vehicle penetration equipment of 7.5% is estimated to be 1,000 yuan. As a result, the market of the Internet of Vehicles will have a scale of nearly 10 billion yuan, and the market potential is huge. The CCID report pointed out that the size of China's car networking market is expected to reach 39 billion euros in 2018, and the software and ground facilities and services that may be driven may reach trillions of scale.

With the further development of technology, all kinds of automotive smart devices are blooming, and the concept of smart cars is also receiving much attention. Although smart cars are very demanding on technology, they are the most basic and most important for navigation services.

Smart cars first need a navigation information database, which contains information on national highways, ordinary roads, urban roads, and various service facilities, followed by GPS, anti-collision, alarm, self-driving, road condition information, maintenance, and automobiles. The construction of various technological systems such as life. Therefore, the commercial application of the Internet of Vehicles is not limited to the car itself, but can be extended to many life service categories. Nowadays, most car navigation maps have added local life guides, such as catering, entertainment and services. With LBS technology, a small car screen connects the network and real life, and becomes an important traffic portal to build a huge Business platform.

Insiders pointed out that in the future, the automotive IoT industry chain, from terminals to auto parts manufacturers, chip manufacturers, to network hardware, system integration, software, solution providers, are expected to participate in this vast market. The car networking industry chain covers auto parts manufacturers, chip manufacturers, software providers, solution providers, network providers and other fields, and will bring opportunities to many emerging industries and open up new growth points for the growth of the national economy. . According to the current development speed of China's automobile industry, the number of cars in 2020 is expected to exceed 200 million, and the car network faces explosive opportunities in the entire industry chain.

Our well-equipped facilities and excellent quality control throughout all stages of production enable us to guarantee total customer satisfaction. Besides, we have received CE, CB, RoHS and CCC certifications.

As a result of our high quality products and outstanding customer service, we have gained a global sales network reaching America, Asia, Europe, Africa, the Middle East and other countries and regions.

If you are interested in any of our products or would like to discuss a custom order, please feel free to contact us. We are looking forward to forming successful business relationships with new clients around the world in the near future.