The report provided by Google further stated that in the above-mentioned 272 unmanned state, the number of detachments due to the â€œperceived differenceâ€ factor was 119.

At the end of last year, Baiduâ€™s driverless car completed an open road test on the Sixth Ring Road in Beijing. A few days ago, Googleâ€™s driverless car project announced that it would be tested in Kirkland, Washington, USA, which will be the companyâ€™s third city to test driverless cars. Ford also announced in January that it is testing self-driving cars on bad snow days. Volvo plans to further expand its autopilot project called Driveme in 2017. 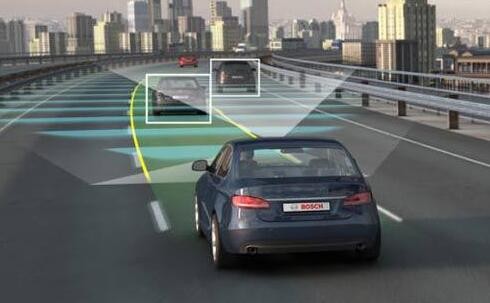 It seems that drone driving is really speeding up our lives, but in fact, Steven Levy, the editor-in-chief of the US Medium Technology Division, which was the first to get a chance to try Googleâ€™s driverless car, said: â€œIâ€™m hard to believe, driverless. The massive use of cars will come in the near future. We may be 95% now, but the final 5% will be a long road."

Another traditional car company, Ford, which is working on driverless technology, also announced in January that it will launch an ice and snow test for driverless cars. Previously, Ford had teamed up with the University of Michigan engineering team to develop a 3D map for the car that could be used in dry weather to help the car drive correctly on the road. However, in bad weather conditions, the above systems are not sufficient to cope with the harsh environment.

From the perspective of the technical path, the Internet company's intelligent choice of cars is more direct, and it is hoped that the machine will "take over" the steering wheel from the beginning, without any manual intervention. But to achieve it, you still need to be gradual.

Since last summer, Googleâ€™s driverless car has officially walked out of the park, conducting road tests in Mountain View, where Googleâ€™s headquarters are located, and officially learning how to travel on the road with ordinary cars. Google has also added Mountain View's high-precision virtual maps to the "brains" of driverless cars, but this is obviously difficult to replicate. From this point of view, the "unmanned" status claimed by Internet companies is likely to be farther than the imagination of the reporter.

In addition, from the perspective of machine intelligence, with the support of GPS positioning systems, sensors, cameras, radars and lasers, autonomous vehicles can collect and process massive amounts of information about the surrounding environment so that they can be changed in a constantly changing environment. Drive smoothly. At the same time, the data is used to continually improve the software so that all vehicles can learn from the experience of a car. In 2009, Google's self-driving cars have traveled 1.93 million kilometers in autonomous driving mode. The software has been able to easily control a series of behaviors such as lane change and overtaking, and learn how to deal with many different situations. At the same time, with the addition of smart technologies and solutions to deal with extreme weather, there is no major difficulty in dealing with weather changes.