McAlpine and his colleagues from Princeton University mixed five different materials to print the first full 3D printed LED light. The research team's approach includes three key steps. First, it is determined that the electrodes, semiconductors, and polymers have the desired function and are rendered in printable form; then, care is taken to ensure that these materials are soluble in the orthogonal solvent to avoid damage to the integrity of the underlying layers during the layer-by-layer printing process; The interwoven pattern of these materials is achieved by direct assignment on the CAD design.

The bottom layer of each quantum dot LED is made up of silver nanoparticles that connect the LEDs to the electronic circuit. At the top are two polymer layers that push the current up to the next layer. Here are the real "quantum dots" where they are nanoscale semiconductor crystals, cadmium selenide nanoparticles encased in a zinc sulfide shell. Whenever an electron strikes these nanoparticles, they emit orange or green light. The color of the light can be controlled by changing the size of the nanoparticles. The top layer is a relatively common gallium indium phosphor material used to direct electrons away from the LED.

As a proof of concept, the research team 3D printed one of the quantum dot-based LEDs (QD-LED, based on cadmium selenide nanoparticles, zinc sulfide shell, top layer of indium gallium), which shows pure and adjustable color Luminous properties.

The world's only and industry-leading liquid metal research center jointly established by the Chinese Academy of Sciences and Yimikang combines the development needs of the radiator market with the application of liquid metal technology transformation to develop a new generation of liquid metal heat dissipation technology and introduces a new international The first generation of liquid metal mining lamp radiator, this product uses the mature liquid metal heat dissipation technology and the new manufacturing process, compared with the traditional products in the technical performance has a generation advantage, and at the same time the price can fully meet the market The level of price demand can be said to be an epoch-making liquid metal high bay light radiator with excellent cost performance. With the introduction of this product and gradually entering the market, it will become a marketing tool for the production, sales and use of industrial and mining lamps. It will definitely become the benchmark product and technical standard in this field; it will gradually promote the innovation of the mining lamp radiator technology.

American researchers have arranged polymer fibers in a neat array by electropolymerization to form a new thermal interface material, which has a 20-fold increase in thermal conductivity. The new material is reliable at temperatures up to 200 Â° C and can be used in heat sinks to help dissipate heat from electronic devices in servers, automotive, and high-brightness LEDs.

The new thermal interface material is made of conjugated polymer polythiophene, and its neat nanofiber array not only facilitates the transfer of phonons, but also avoids the brittleness of the material. The new material has a thermal conductivity of 4.4 watts/meter Kelvin at room temperature and has been tested for 80 cycles at 200 Â°C. The performance is still stable; in contrast, the thermal interface between the chip and the heat sink is commonly used. Solder materials can become unreliable when working at high temperatures during reflow.

The nanofiber array structure was fabricated in multiple steps: the researchers first applied the monomer-containing electrolyte to an alumina template with tiny pores, and then applied an electric potential to the template, and the electrodes in each pore attracted. Monomers begin to form hollow nanofibers. The length and wall thickness of the fibers are controlled by the amount of current applied and the time, and the diameter of the fibers is determined by the size of the pores, ranging from 18 nm to 300 nm. Conventional thermal interface materials have a thickness of from about 50 microns to about 75 microns, and new materials obtained in this manner can be as thin as 3 microns.

AOC has launched a technological revolution for eye health - an exclusive patented AnTI-Blue Light technology. It is the first to solve the LED blue light hazard at the root by technological innovation of LED backlighting of LED phosphor powder. AOC's improved second-generation LED-backlit liquid crystal display solves this problem from a hardware perspective by changing the peak spectral distribution of the blue light intensity (peak wavelength from 444 to 460 nm) and removing more than 90% of the short-wave blue light that damages the eye. Significantly reduces the damage that Blu-ray can cause to users. 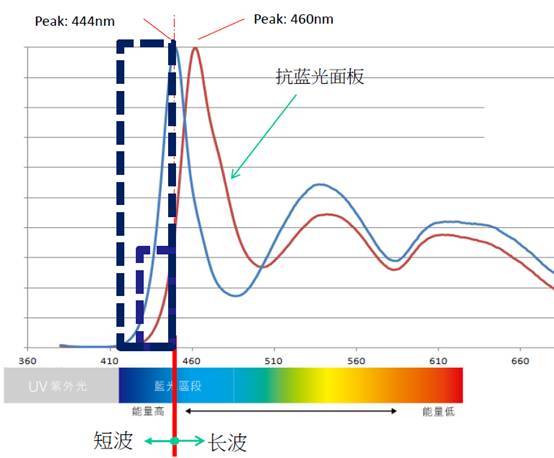 Through the technological innovation of LED backlight raw materials, real hardware "net blue" is realized. Compared with the existing anti-Blu-ray method, AOC's second-generation LED backlight hardware net blue technology has three significant advantages: First, the effect of net blue light is more significant. Compared to 30%-70% anti-Blu-ray technology, AOC's hardware net blue technology can filter out more than 90% of diseased blue light; secondly, it is cheaper. Compared with the anti-Blu-ray glasses that cost thousands of dollars, the hardware blue technology can achieve less than 1/10 of the cost, and can be used in various LED backlight devices. The easy-to-popular features help to further reduce costs. Third, the picture quality loss Almost zero. Compared with some current display devices, the brightness and color accuracy are reduced by the OSD menu to achieve anti-blue light. AOC achieves a clear blue without losing color accuracy and brightness, so that users can enjoy the health hazard while reducing Display the color performance of the device to è‡».

The PufangTech`s wireless data modem is used to replace standard RS232 and RS485 serial communication cables. It provides a transparent connection between source and destination terminal and requires no knowledge of the data it is transmitting and the data can be simply sent and received with minimal delay.